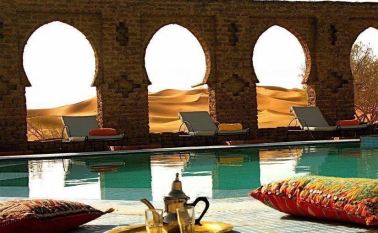 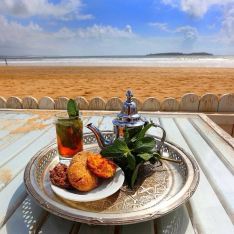 The ninth month of the Islamic calendar and the most important one for the Muslims started officially on the 27th of May 2017 this year. It is the month that turns their daily routine upside down and that astounds the whole world: The Ramadan.

As I am fortunate enough as to have a Moroccan friend who has lived in Barcelona for 20 years and whom I consider just as Catalan or even more so than myself, I have interviewed him so that he has been able to explain to me, from the perspective of an occidentalised Muslim, what the Ramadan means to him.

He replied to the questions I had about this sacred moth on Monday the 12th of June at 19:00, when after a long working day in which he had been fasting, Abdallah came arrived home and he had some time left before preparing his breakfast, at dinner time of course.

Many of us know that the Ramadan is a period of purification in which Muslims fast and only eat before the sunrise and a time when they devote themselves more intensively to prayer and they lead a more secluded life. However, it wasn’t very clear to me when the Ramadan started to be celebrated and for which reason. Abdallah elucidated that during the month they commemorate that the prophet Muhammad felt a voice that pulled him to a mountain. It was the angel Gabriel who started revealing him the word of Allah. As the father of the Islam couldn’t read or write, the first word he heard and that begins the Quran is the imperative “learn!” The prophet had to memorize everything Gabriel told him because he was illiterate. So when he came down the mountain he told the transcribers what had been explained to him. It took him one month to have everything written down. And one of the precepts of the Quran is the fasting during the Ramadan. Abdallah told me himself that it is written in the Holy Book of the Muslims that Allah can forgive anything, but not disobeying the precept of the Ramadan.

For the Muslims, as my friend explained to me, The Ramadan is not only a month in which they eat less than normal, sexual intercourse is also limited to the time after the sunset, this is, after the breakfast. And during the last 10 days there isn’t any sexual intercourse at all. The sacred month is a time to clean up the body and to make the soul be closer to the creator. Therefore, during the Ramadan people don’t even talk as much as usually.

While he was explaining this to me on Monday, I was observing my friend, who I have known already for some time now. He had already been fasting for two weeks and a day and I could easily see that he was thinner. In fact he admitted to having lost already 3 kg so, in a quick mathematic operation it’s easier to see that by the end of the Ramadan he will have lost about 6. I can’t help wondering whether this way to make your body suffer is really beneficious. However, Abdallah is convinced that the fasting purifies his organism and is, moreover, good for self-discipline. According to him the fasting makes you perceive the world differently and reflect upon what it means to be poor and to have to struggle with hunger every day. The prophet only demands that from Muslims once a year.

Even though Abdallah is not a practising Muslim, he hardly ever goes to the Mosque for instance, he likes Ramadan because, according to him, it helps him break with the routine of the year. It seems odd to me that someone who enjoys a good glass of wine and has the complete mushroom-search gear and who is a supporter of the Barça team, a good adoptive Catalan so to say, should feel the urge to stick to the Ramadan precept.

I am not clear about the meals and mealtimes during the Ramadan so I ask him about it. I know you can eat and drink after the sunset but I don’t know for sure if everything or if there are any restrictions. He explains it to me. Between 21:27 and 21:30 here in Spain you can break the fasting. The timetable, however, varies in every Arabic country according to the time the sun sets. Next year the schedule will be different because the Ramadan will take place 10 days before. This has to do with the fact that the Arabic world uses a lunar calendar and there are no months of 31 days.

After the sunset Muslims pray and have their breakfast, even though for us it is strange to think of such a meal when it starts being dark. In Muslim countries all the family get together and they eat what, traditionally, should be a light meal but that contains dates. Now in modern times sweets and pastries have become popular to keep the glucose levels in the blood high.

Once they have had breakfast many Muslims go to the Mosque to pray. Here in Barcelona, in order not to bother the neighbours, the Muslim centre has advanced by one and half hours the time of the prayer so that it starts at 22:30. The next and last meal of the day is the one you can eat around 4:15 before the sunrise.

It seems obvious that with the intense heat and a body plagued by hunger and tiredness, the performance of people can’t be the same as usual. In fact, in most Arabic countries Muslims have a different working schedule during the holy month. They start later and finish earlier. The same happens in schools. The Muslims that have to endure the worst part are, of course, those who live in the diaspora in western countries. They have the full timetable and have to meet the expectations of daily life without any or only little consideration.

I can read in Abdallahs eyes that the suffering is not merely due to the long timetable. The Ramadan is a festivity that is very much enjoyed in the family or with close friends and, according to him, it is a very special and magical period in Morocco.

Personally, I can say that I witnessed the Ramadan with my own eyes years ago when I was on holiday in Egypt. With a sun that could scorch anything that was not protected from it and a heat that could make your ideas evaporate, the citizens from Cairo bore the Ramadan till 18:00, the time where they were allowed to ingest food and drinks. Short before 18:00 people were distributing bottles of water or juices, exactly what the body had been craving for hours.

The breaking of the fasting is a sacred and familiar moment and therefore I understand that Abdallah yearns to have friends and culture mates around him during the time after breakfast.

One of my questions is how old children are when they start with the Ramadan. He replies that at the age of 13 or 14. In Egypt I saw children as young as 8 who practised a light version of the Ramadan, fasting only some hours and some days.

The Quran is merciful in this sense. The sick, the travellers and women who have their periods do not have to do the Ramadan. But the days they don’t do it will be replaced with some others afterwards. If someone breaks the rules and does a prohibited thing such as eating or drinking there is a punishment for it: the person has to do the Ramadan for 3 months in a raw or feed 40 poor people for 40 days. This very last rule makes me think of the papal bull, which allowed the rich to escape from the sacrifices of the fasting during the lent. It is engraved in my western mentality and rooted in experience, that the rich always have a legal way to avoid sacrifices. And it is obvious that feeding 40 poor people for 40 days is something the upper-classes can easily do. I am sorry to have grown with the idea that those on top don’t have to stick to laws of any kind. But am I right or not if I think like this about the punishment for not doing the Ramadan properly? There will be all sorts of people I suppose. And nevertheless, the self-discipline of my friend makes me grasp the amount of self-control that Muslims train once a year during the Ramadan. It is awesome.

Abdallah tells me the three first days are the worst ones and afterwards the body adapts little by little.

In spite of the fact that my friend experiences the Ramadan in its most spiritual side, this winter I watched a short TV report in Al Jazeera that showed clearly that the consumption of all sorts of edible products soared during the month. Capitalism has won the battle even in Arabic countries and companies make money by selling more food than what is really needed. So people eat the same amount but in fewer hours. The intention behind the Ramadan was not to make people have the same intake as always after the sun. That goes without saying. It was in fact to make the body struggle for a while. Abdallah keeps on insisting that those who consume more are not following the Ramadan as they should.

In only two weeks after the interview he will have passed the test, as millions and millions of other Muslims. One day after the last Ramadan day it is traditional to give children shoes and clothes but no toys.

In order to make Ramadan really effective, Muslims are asked to give alms to the poor because the idea behind the fasting is to remind people who are well-off of the fact that there are people who can’t eat.

To finish the interview, I asked Abdallah which Muslim festivities are important and he mentions the “Feast of the sheep” or of “the Sacrifice” that takes place 70 days after the Ramadan and the Muslim New Year that celebrates the birth of Muhammad. With the Feast of the sheep the Muslims want to thank Allah for having saved Ismael from the dead when his father Abraham was about to sacrifice him to show his submission to God’s will.

The “Feast of the sheep” is one of the best-known by Muslims but the Ramadan might be, if possible, even deeply rooted in the community. For the Muslims outside of the Arabic world it is a real test and very admirable too. And maybe it wouldn’t be a bad idea to fast for a couple of days the way they do. Not for religious reasons but to understand better what 160,000,000 Muslims do for a whole month every year. Out of curiosity and to clean up our bodies from the excess of food we are used to in the western world.

Abdallah, who is a very good host, does not want to let me leave without trying the pastries that his family has sent him from Morocco to celebrate the Ramadan. It reminds me of the time I lived in Germany and my parents used to send me parcels with the typical sweets such as “panellets” and “torrons”. Families, and more specifically mothers, clearly behave in a similar way no matter where they come from or which religious group they belong to. This is an infinitely reassuring feeling for me, because I want to see more the similarities humans share than the differences that separate us. And I’d like to believe that a great deal of people are the same way too… 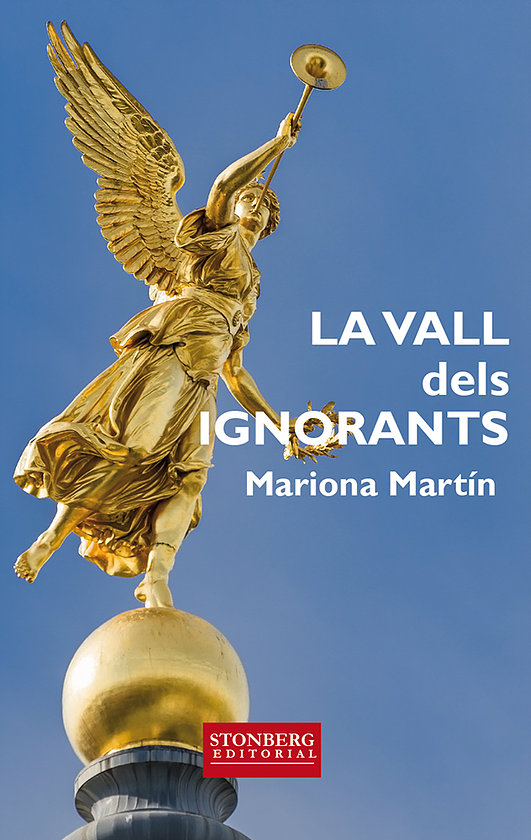